Kelly Morris and Maralyn May are the Women’s Officers for the Bognor and Littlehampton Constituency Labour Party, and they are looking for ways to address women’s inequality all the time.

When we were looking at ways to address this pay gap, we considered requesting laws for completely transparent pay grades for employees.

We considered following the women of Iceland and France, and walking out on the 8 October because after that we’re effectively working for free for the rest of the year.

But first we wanted to help local women take matters into their own hands, giving you the tools and confidence to go after fair pay.

So we put together an expert panel of speakers: 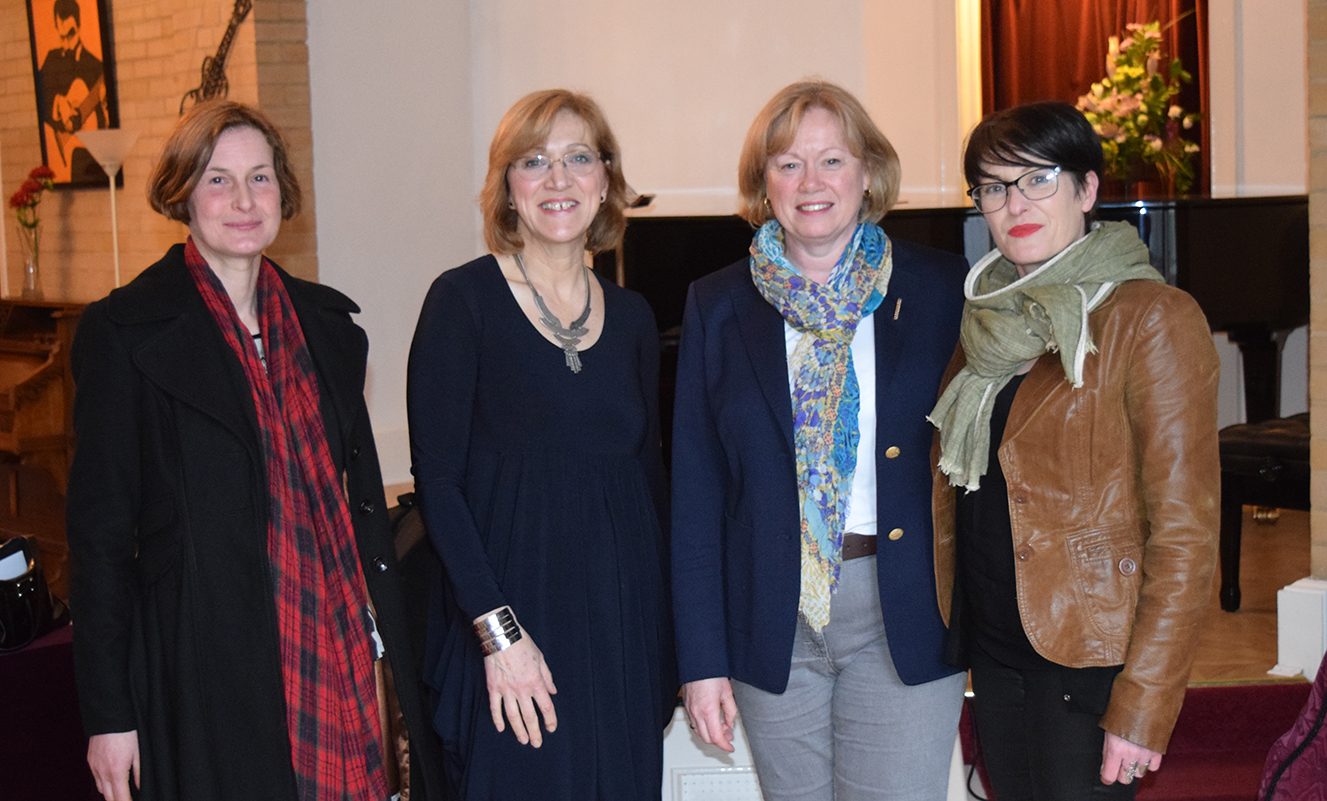 Angela Smith, Baroness Smith of Basildon, is Leader of the Opposition in the House of Lords. In the past, she has held the position of Minister of State and Parliamentary Under-Secretary for Communities and Local Government. She has worked as Shadow Spokesperson on Home Affairs, Northern Ireland and Energy and Climate Change.

Julia Macfarlane is a business mentor. She began her career at the Inland Revenue, where pay levels were very structured and non-negotiable.  After children, she graduated in European Studies and found work as a French and German translator. With the help of a recruitment agency she negotiated her starting salary up by nearly 50% from the advertised sum.  From there she worked for various universities in England, working her way up to Senior Business Development Manager. She was on the Board of the UK Science Park Association and a regular speaker encouraging enterprise and entrepreneurs across the EU. She has a Masters in Small Business Development, and worked as area manager with the South East of England Development Agency before David Cameron abolished regional development agencies. Julia has helped more than 70 companies to start up and find investment funding, and helped many graduates get their first role.

Janet Henney worked for Unite and its predecessors for 18 years, and is now Regional Officer in the transport sector and Coordinating Officer for transport in the South East region. She was recently appointed South East Region Women and Equalities Officer.

Caroline Fife is a UNISON Regional Organiser. UNISON strives to address low pay and ensures women are given equal pay to men.

You can listen to what the speakers had to say in our free podcast of the event, and also download our free guide on how to ask for a pay rise and get it (opens Word doc).